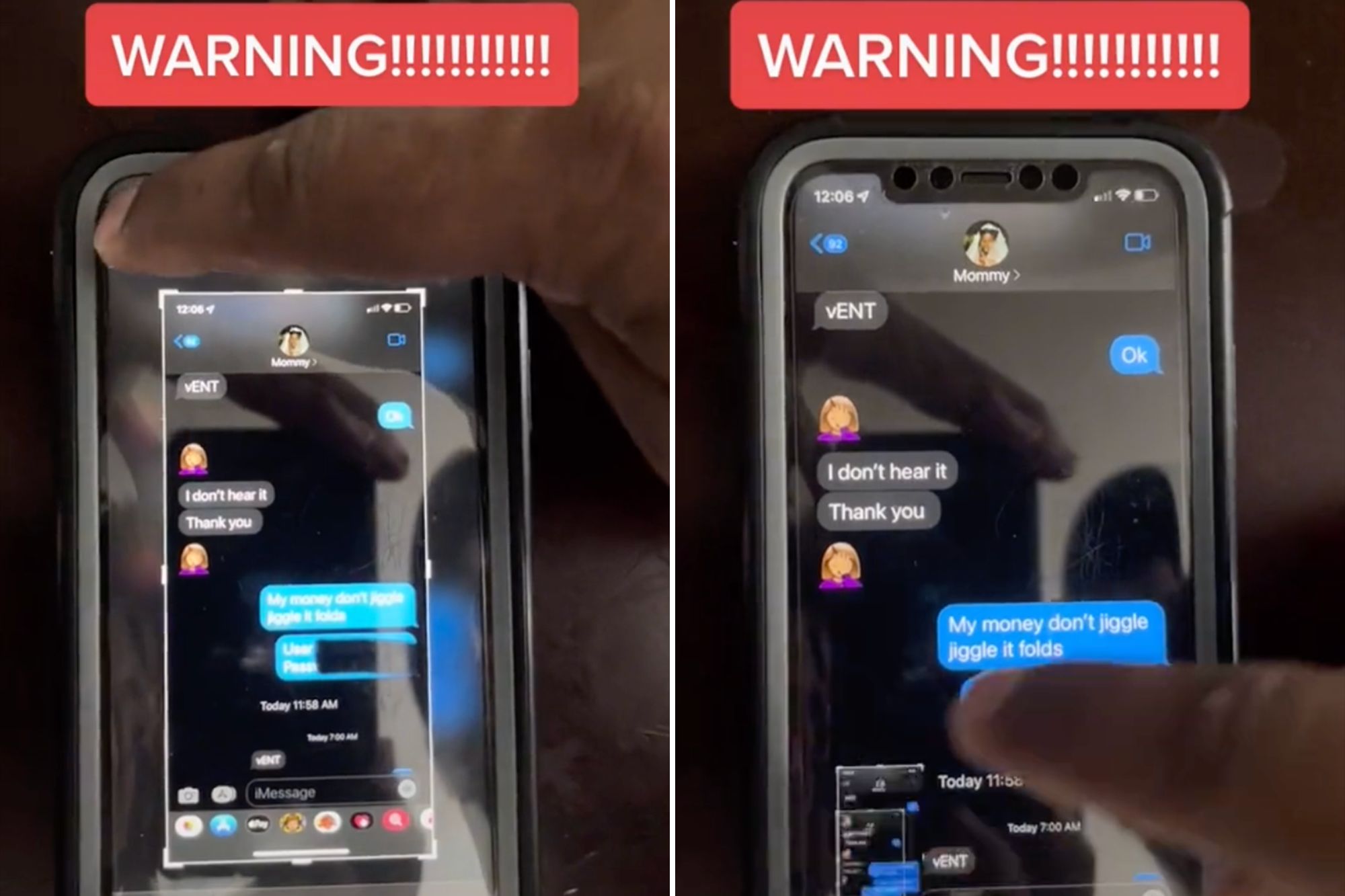 Scrubbing out secret information from screenshots before sending to friends may not be as private as you think.

A TikToker has revealed that anyone can uncover the details you’re hiding underneath using a very simple technique.

So if you’re trying to conceal a sensitive photo or important bank information, think again.

People regularly use the edit tool on screenshots and select a dark highlight pen.

But as lifehack.america shows, anyone can fade the effect to see what it hides.

“If you ever send information that is either crossed out or blacked out via text, well, the person who receives it on the other end, all they have to do is open Photos,” he said.

From the Photos app, all anyone then needs to do is tap the edit button.

They can then select Exposure and slide it all the way to the maximum.

The same is done for Brilliance too.

Any information hidden underneath is then completely exposed.

One user commented saying: “If they do ONE layer of the black marker then yes they can do this.

“If they do multiple layers they cannot.”

Other have suggested it’s better to crop sensitive stuff out altogether.

It’s probably best not to send anything with important information on it in the first place – no matter how hidden you think it may be.

This article originally appeared on The Sun and was reproduced here with permission.