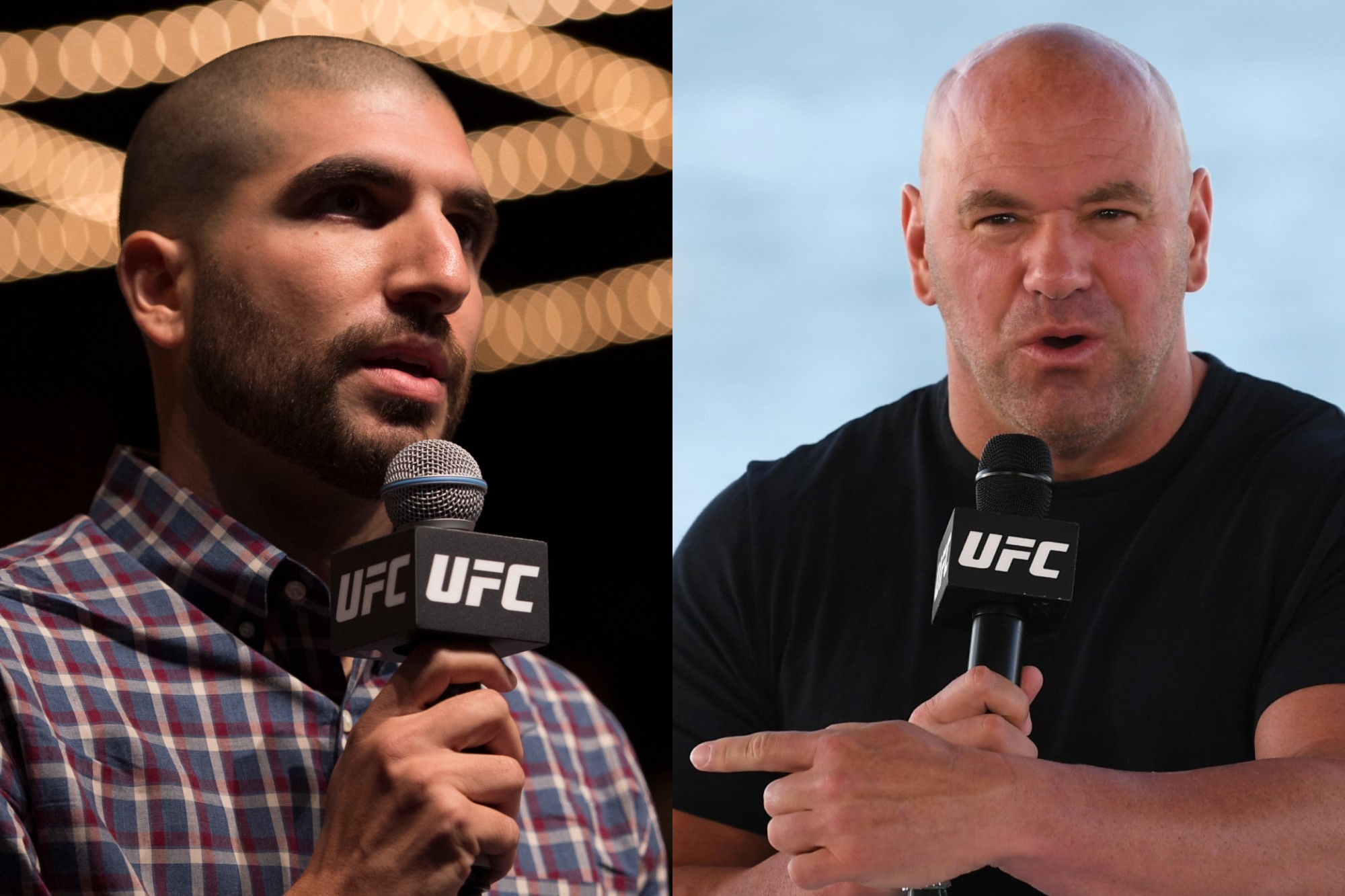 Over the weekend, UFC president Dana White called ESPN MMA insider and reporter Ariel Helwani a “douche” after Helwani, who is Jewish, thoughtfully commented on his personal Instagram about MMA fighter/actress Gina Carano’s firing by Disney after she compared Jews in Nazi Germany to the current plight of Republicans.

The combative White has not been a big fan of Helwani, who is sort of the Adrian Wojnarowski of MMA. It is not uncommon for reporters and the people they cover to have issues. It is usually done in private. ESPN+ is the rights holder to UFC.

While big-name ESPN colleagues like Jeff Passan, Cassidy Hubbarth and Kevin Negandhi supported Helwani on Twitter, ESPN remained silent until three days later when it released a statement saying, “Ariel is a valued colleague and an exceptional MMA reporter. His record speaks for itself.”

No mention of White and the situation, which ESPN’s parent company, Disney — which let go Carano from “The Mandalorian” series — wanted to fade.

And this leads to what ESPN, under chairman Jimmy Pitaro, wants to be as it balances its employees and its rights holders. While ESPN seems more than willing to step up for its league partners with huge deals — understandably at that’s the core of its business — it is simultaneously laying off and cutting salaries of its reporters and commentators. This makes the ground uneasy.

When ESPN takes so long to publicly back its employee, the tremors increase. It has always been a complicated balance, covering the people you do business with, but in this current state of layoffs, it did not go unnoticed how long it took for ESPN to publicly have one of its top reporters’ back.

NHL's hunt for TV money may venture into new platforms

Tiger Woods’ golf future is not a priority right now