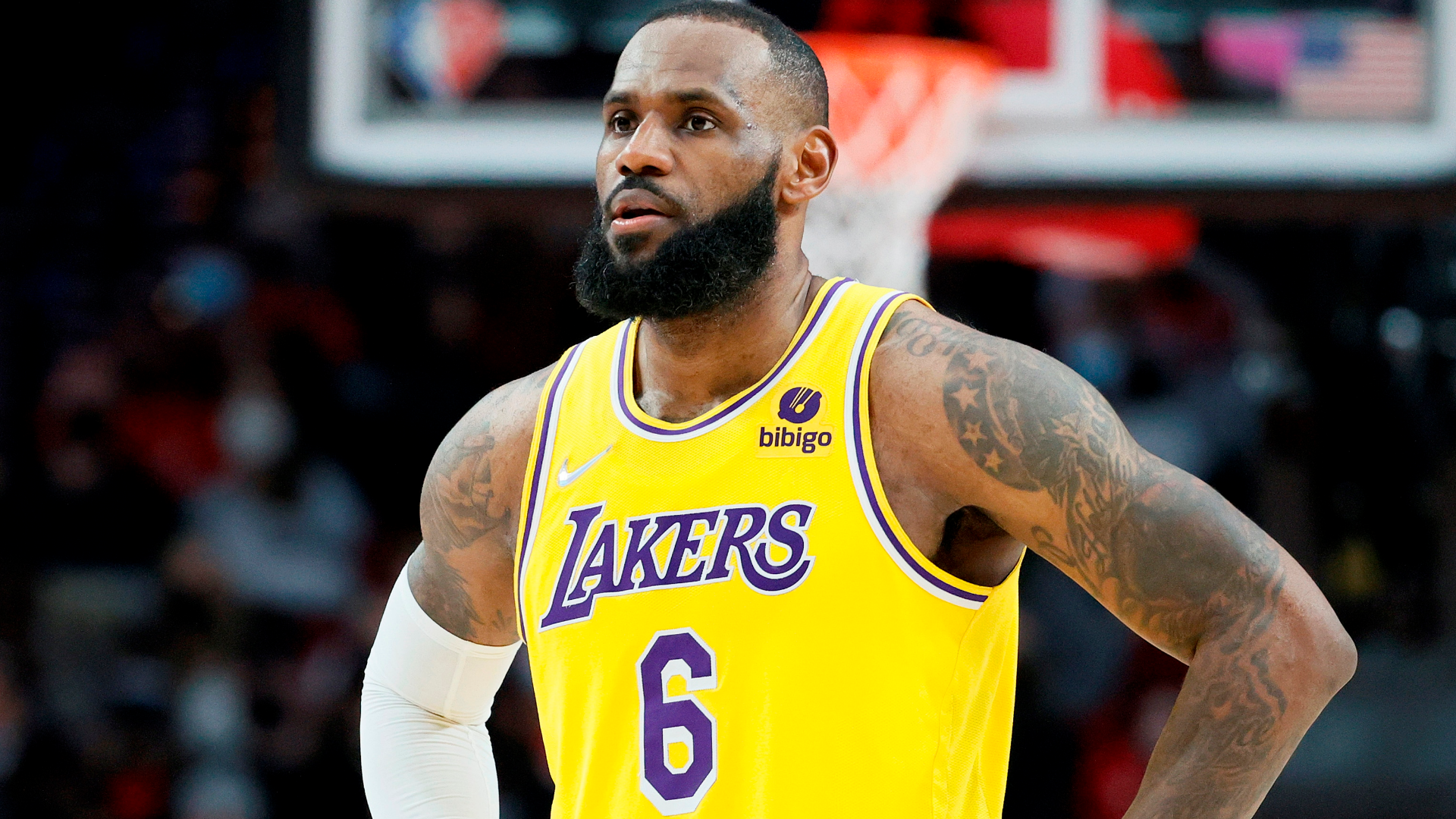 The Los Angeles Lakers have had quite the season.

Things haven’t gone as planned in Los Angeles and the Lakers are finding themselves in a battle for a playoff spot in the lower half of the West standings.

They were played out of the building by Milwaukee, but then also dropped the second game of that back-to-back and now enter Saturday’s game against the Warriors on a two-game losing streak.

These two teams have played just once this season so far – on opening night – and the Warriors came away with the victory behind a triple-double from their superstar Steph Curry, who had 21 points, 10 rebounds and 10 assists. It was his eighth career triple-double in the 121-114 win.

The Warriors and Lakers play each other two more times in the regular season, on Mar. 5 and Apr. 7.

According to the Lakers injury report, James is listed as questionable for Saturday’s game with the Warriors with left knee soreness.

Melo is officially out tomorrow, and Russ is questionable. Full injury report: pic.twitter.com/0MO2RA5ONV

James missed five games earlier this month with knee soreness but returned to play against the Knicks. He finished with a triple-double in the overtime win, notching 29 points, 13 rebounds and 10 assists.

He also played in the Lakers’ last two losses to Milwaukee and Portland on back-to-back nights.

James is averaging 29.1 points, 7.7 rebounds and 6.5 assists for the Lakers this season.

What channel is Lakers vs. Warriors on?

Apart from being nationally televised on ABC, the game will be broadcasted locally in the Warriors’ region on the Spectrum Sportsnet network.

The game can also be found on NBA League Pass outside of the U.S.

Lakers vs. Warriors is scheduled to start at 8:30 p.m. ET on Saturday. The game will tip-off shortly after the scheduled start time.