Whether Tiger Woods ever plays another golf tournament is irrelevant now.

The Masters in April?

You’ve probably seen the chilling images of the wreckage on TV and the internet. Woods’ Genesis courtesy car mangled and lying in the woods on its driver’s side. His Nike luggage strewn on the dirt outside the vehicle. The front grill of the SUV, license plate still attached, along with the “Welcome to Rolling Hills Estates’’ sign, sheared in half, both lying in the street.

Rescuers had to extricate Woods from the vehicle out of the windshield, which had to be shattered and removed. 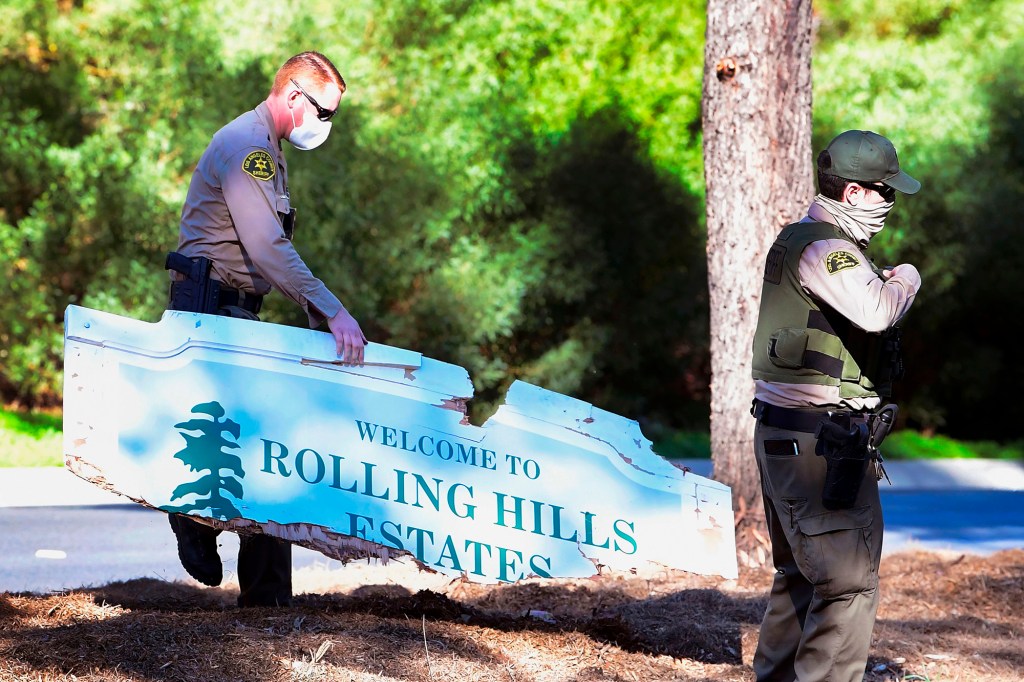 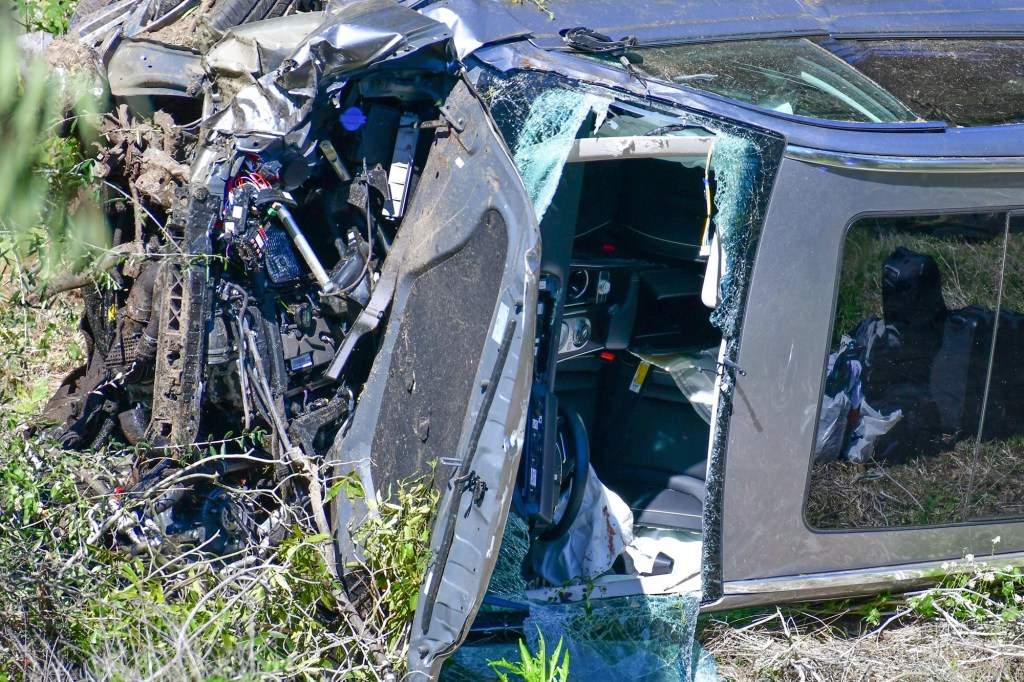 A vehicle rest on its side after a rollover accident involving golfer Tiger Woods along a road in the Rancho Palos Verdes section of Los Angeles. He was removed through the windshield.

There are more than a handful of unresolved questions relating…

These images in your mind, the first thing you wondered — hoped — was that Woods would survive such a crash.

This accident couldn’t help but give you flashes of the day Kobe Bryant perished in that helicopter crash in the L.A. area just more than a year ago. When news of the crash involving Bryant first broke, the first and only thing you hoped was that he survived, not anything else he was going to do with his basketball career.

Two days before the crash, on Sunday, Woods sat in the CBS booth speaking to Jim Nantz as the final round of the Genesis Invitational was unfolding at Riviera Country Club. Woods, the tournament host, was not playing because he’s been recovering from his fifth back surgery, on Dec. 23.

Nantz did his best to press Woods on the state of his latest recovery, asking whether he’d be able to play in the Masters in seven weeks.

Woods, as he always does, kept a shroud of mystery around himself, not revealing much of anything in terms of any timetable for his return.

As much as Woods’ remarkable career has been defined for his unprecedented collection of trophies — the record-tying 82 wins, including 15 major championships — the latter half of it has been defined by a constant barrage of questions about his health and when he was going to return from whatever latest surgery he underwent.

The reaction from Woods’ fellow players and friends on Tuesday, was shock first.

“I’m sick to my stomach,’’ a visibly shaken Justin Thomas said Tuesday at the WGC-Workday tournament in Florida. “[I’m] just worried about his kids. I’m sure they’re struggling.’’

A theme to the player reactions about the incident, which left Woods in surgery for most of Tuesday to repair multiple injuries to both of his legs, was centered around the physical and mental toughness that has allowed him to keep coming back from multiple surgeries to his knees, Achilles and, most recently, his back.

Woods’ career surgeries, like his major championships, are in double digits.

“You just hope Tiger’s all right,’’ Tony Finau said from the WGC event. “We all know he’s strong physically and mentally. If anyone is going to come back from this, he will.’’

Woods famously won the 2008 U.S. Open playing with ACL damage in his left knee and stress fractures in his left leg. He went 11 years, spanning the disintegration of his marriage in scandal and those five back surgeries, before winning his next — and likely his last — major, the 2019 Masters.

This is a totally different deal. This is about Woods being able to walk again, play with his two children and live a normal life. It’s not about when he’ll play in his next Masters or next golf tournament.

“I just hope he can get out of the hospital walking and play with his kids and have a normal life,’’ Jon Rahm said from the WGC event.

There, of course, has been little “normal’’ about Woods’ very public life, which has consisted of a series of dramatic chapters. Some of those chapters have been great (the 15 major championships). Others have been forgettable (the marital scandal, surgeries and embarrassing DUI incident in Florida when he was addicted to pain killers for his back).

Ben Hogan, one of golf’s most iconic players, famously was involved in a head-on collision with a Greyhound bus in February 1949. The left side of his body was crushed, with pelvis, shoulder, ribs, knee, ankle and internal injuries sustained.

Hogan came back from that and won 11 more tournaments, including six of his nine career major championships. Hogan was 36 years old at the time of his car crash. Woods is 45 with a body that has endured so much already.

How much more can he endure?

The only hope, at his point, is that he’s able to walk again.